Error rotating ssh key on system. No such file or directory

When trying to rotate the ssh keys in senhasegura, the task may stay running and fail. If the reported errors conform to image, below 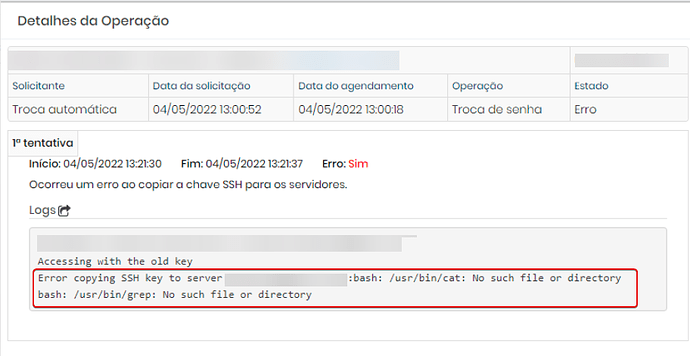 How to solve:
The senhasegura when performing ssh-copy-id uses some commands existing in linux such as “cat”, “grep” and the like. The binaries of these
commands in turn are stored in “/usr/bin/cat” or “/bin/cat”.
​
It turns out that senhasegura to execute the command uses the absolute path “/usr/bin/cat”, but probably this binary
on the client device is in “/bin/cat”.
​
In this way, you can create symbolic links for this to work, as shown below: